What an Open-Plan Addition Can Do for Your Old House - LaMaison Homes
785
post-template-default,single,single-post,postid-785,single-format-standard,bridge-core-2.2.5,ajax_fade,page_not_loaded,,qode-title-hidden,qode-theme-ver-21.2,qode-theme-bridge,disabled_footer_top,wpb-js-composer js-comp-ver-6.2.0,vc_responsive 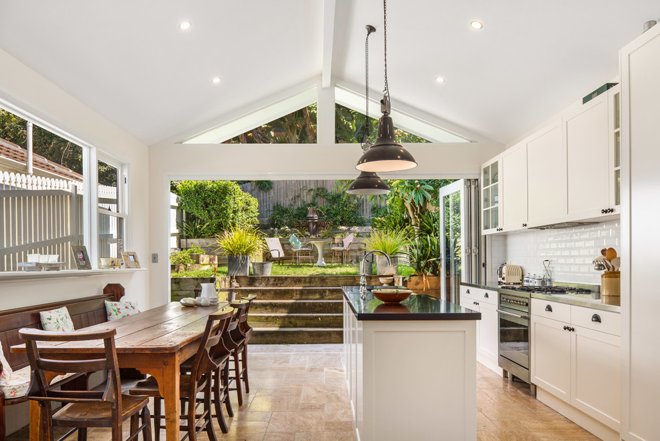 Posted at 18:59h in Home Remodel by lmadmin
Share

It’s no secret that many of the original homes we see in older, established areas simply don’t cut it when it comes to meeting our 21st-century lifestyles. Many of these homes feature individual, boxed-in rooms instead of the open-plan layouts that support our contemporary life. Small, badly positioned windows are also common in these older homes, which means they don’t make the most of views, outdoor living connections or passive-solar design principles. 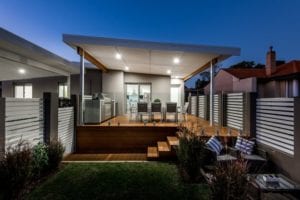 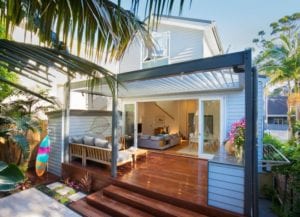 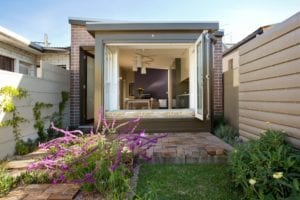 The good news is there’s often no need to knock down an older house and start again. An open-plan addition and a rethinking of how the original home’s rooms can be used can change everything.

Living in the now. Although we often love the character that comes with older homes, most of them don’t work well with our modern way of life. The typical new-house design has evolved over time to embrace a casual, open-plan layout befitting our relaxed lifestyles. There’s often a focus on free-flowing connections to outdoor spaces.

We also are seeing a move to smarter designs focused on minimizing our impact on the environment, while harnessing the natural elements and resources through passive solar design.

No need for knockdown. If you own, or are looking to purchase, one of these older-style homes, you may think that knocking down the house and starting from scratch is the best option. But an older home can be turned into a functional modern home. Using the existing home as your base, and building a new structure to complement it, will quite often leave you with a far superior design than starting all over again.

Improve what you have and add on. Each project is individual, so there is no blanket set of rules to apply to all homes, but there is a clear direction to follow. Working with the existing structure as much as possible is crucial when it comes to these projects. By making the most of what already sits on the site, you can use the renovations and additions to eliminate any flaws in the existing house.

While reworking the existing layout entirely by removing all the interior walls to create a more functional layout might seem like the best idea, taking this route can be costly and wasteful, and defeat the purpose of utilizing the bones of a beautiful piece of architecture.

Quite often the project calls for not only a more functional space, but also more space in general. Leaving what is already there and working an addition around this is the most practical solution. For example, the boxed-in individual rooms of the existing house, which likely have smaller, poorly solar-positioned windows, could function better as bedrooms, closed-off private rooms or — with some internal refit modifications — an additional bathroom.

Leaving the existing house to serve as private zones allows you to use the new addition as the living area of the house. These living spaces, where most of the occupants’ time is spent, can then be designed around both the existing house and the individual site, providing a seamless connection to outdoor living spaces and making the most of the space and any surrounding views.

The freedom of design in the addition also means you can position the space and its openings to embrace passive-solar design principles, allowing you to capture the cooling summer breezes and the winter sun.

Eco-friendly and economical. The added benefit of the new addition containing the living zones is that it can be built using improved construction materials. This means that walls, floors and ceilings with far greater thermal insulation properties can be used, as well as windows with superior glazing, so you can create a space that not only prevents excess heat gain, but also prevents winter heat loss.

With correct design and zoning, these spaces can be created as a separate zone to operate independently of the existing house. Again, this is where positioning rooms such as utility and sleeping spaces, where heating and cooling is of less importance, within the existing house is of benefit.

The freedom to fully customize the design in the addition to the home, while leaving the existing structure in place, means that you can achieve a more cost-effective, less wasteful result, using the existing house to its full potential.